An Introduction to Grant Blackwood 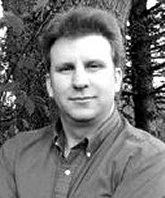 The call came unexpectedly last fall from Tom Colgan, my superb, longtime editor at Putnam. They’d asked Clive if he’d be interested in doing another series, Tom explained. Would I be interested in having my name thrown in the hat as a potential co-author?

Dumbfounded, I interrogated him: Was this a joke? No joke, he assured me. And we’re talking about the Clive Cussler, correct? Author of dozens of bestsellers stretching back decades; his work published in over 40 languages in more than 100 countries; 125 million faithful fans; 160 million copies of his thrillers in print. Yep, that’s him, Tom replied.

Satisfied this was neither a joke nor a case of mistaken identity, I still had to think long and hard about Tom’s proposal — okay, that’s not true. I mulled it over for approximately 1.378 seconds, and said Yes.

I was eighteen when I first decided I wanted to become a writer, and I can clearly remember how that revelation hit me: It was raining outside and I was curled up in my favorite chair reading Cussler’s The Mediterranean Caper — specifically the scene where the WWI biplane drops out of the sun and takes aim on Pitt and Giordino — when I thought how fantastic it would be to create stories that could pin people to their seats for hours on end.

Like so many of us writers, Clive and his books ignited the spark in me. By the time I’d finished the biplane scene, I was hooked; I knew what I wanted to do with my life.

It would be another three years and a stint in the Navy before I took my first steps into the fiction world. Two months out of the Navy I woke up one day and found myself in a surprising, excuse- and fear-free state-of-mind: Why not just sit down and try? What’ve you got to lose? So I sat down and started the first draft of my first novel. It was a bad novel, but a novel nonetheless.

Gradually, painfully, I got better and eventually landed my first novel — The End of Enemies — with Putnam. When it came time to look for cover blurbs I asked Tom if we dared approach Clive for a blurb. Belying my trepidation, Tom was nonchalant: “Sure, Clive’s a great guy; I’ll ask him.” Three weeks later I had a quote from Clive Cussler.

A few weeks after Tom’s initial call about the new series, we talked again: If I was game, so was Clive. Later that same day I was talking on the phone to Clive about the series, and a couple weeks after that the gist of the series was set:

Sam and Remi Fargo, a husband and wife treasure-hunting team who travel to the world’s exotic locals, unraveling ancient mysteries, unearthing long-lost treasures, and generally finding themselves in sticky situations at every turn.

The first book, as yet untitled, will find The Fargos following the footsteps of Napoleon Bonaparte as they race to discover a treasure that’s been buried for 2500 years.

Now, as Clive and I are nearing the end of the first draft, I’ve found him just as Tom described — “a great guy” — and working with him can best be described by something all writers try to avoid — a cliché: It’s a dream-come-true.

From There to Here

This July, as ThrillerFest marks its third year in existence, I’ll mark my twenty-first year of being a fiction writer, and like most authors, aspiring and otherwise, I’ve lived much of these last two decades by benchmarks. Everyone’s got his or her own name for them; I call them Little Graduations:

This list, unique as it is to each author, can be endless, and once you get past that last Little Graduation, your challenges become profound:

Again, the list is bounded only by the writer’s own imagination (and/or neuroses), but one Little Graduation took me by complete surprise, primarily because I hadn’t until a few years ago recognized the lack of it in my writing life. I’m talking about ITW and ThrillerFest.

Writing is by its very nature a solitary business. We toil in front of a blank screen or sheet of paper, trying to turn the twisted clockwork worlds of our imaginations into stories that keep people pinned to their chairs. Of course, given the temperament most writers are saddled with, this cloistered lifestyle is less a burden than it is a mostly-enjoyable compulsion. Still, to be part of a group of professionals who get it, is, well, a thrill.

When I asked for his thoughts on ITW, Clive said: “It’s simply one of the finest writing organizations in the world today, with dedicated members who create intrigue, excitement, and adventure that stimulate the imagination of hundreds of millions of readers.”

For all the joy it can bring, the writing business can also be unpredictable and frustrating. This is why ThrillerFest is so important. We gather every July to talk shop, re-connect with old friends, make new friends, and sink happily into the sea of authors, editors, agents, publicists, critics, and booksellers we spend the rest of the year trying to navigate.

Attending ThrillerFest reminds us that when we’re sitting alone in front of that blank screen, we’re not truly alone.

Grant Blackwood is the author of the Briggs Tanner Series: An Echo of War, The Wall of Night, and The End of Enemies, as well as the short story, “Sacrificial Lion”, which appeared in the acclaimed anthology, Thriller: Stories To Keep You Up All Night.