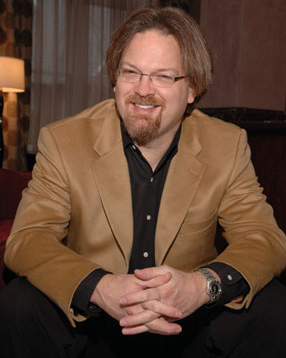 Escalating tension describes the action that spans the 464 pages covering a 24-hour time period in “Third Degree” by Greg Iles.

The main character is Laurel Shields, a special education teacher who is married to a well-respected medical doctor. The couple has two children, a 9-year-old boy named Grant, and a 6-year-old daughter named Beth.

The book opens with the day beginning for the Shields family. When Laurel awakens, she notices that her husband has not been to bed the night before. She reaches between the mattress and box springs to retrieve a Razr phone that she checks for messages. There are none.

Grudgingly, she trudges into the bathroom, where she proceeds to retrieve an e.p.t. test that she has hidden. She performs the ritual to make the test show results and is deflated when it shows positive.

She hides the test in a box inside a plastic bag from the drugstore; after agonizing as to what to do with it, she tosses it out the second-story window into the shrubbery until she can deal with it later.

When she goes downstairs to fix breakfast for the family, she discovers that her husband has spent the night in his study, removing books from shelves looking for something. The IRS has notified him and his business partner that they are being audited. Laurel assumes that he is searching for something needed for the audit.

Generally, her husband Warren has already gone to the office or to make hospital rounds by breakfast time. He is uncommunicative when quizzed about his actions.

Laurel and the children proceed on to school, leaving Warren at home alone. She is upset about the pregnancy, but must carry on with her school day due to parent conferences, the first of which she dreads for several reasons.

A migraine headache eventually sends Laurel home in the middle of the day, conferences or not. When she arrives home, she is startled to see that her husband’s car is still in the driveway where it had been when she left earlier.

Upon entering the house, her husband is more agitated than ever. She tries to communicate with him and calm him down, but nothing seems to be effective.

In the interim, Warren has found a letter hidden in one of Laurel’s favorite books. The letter is written in block letters in green ink. It is a love letter addressed to Laurel and signed “Me.“

Thus begins the saga of the Shields family….

Prior to Laurel’s returning home, she had had a stressful meeting with the father of one of her students, Michael McDavitt. Michael is autistic, and his father is very concerned about his educational progress.

The cause of the stress from the meeting had nothing to do with Michael or his progress: Michael’s father is likely the father of Laurel’s baby. Danny McDavitt and Laurel had been having an affair for the past 11 months, but had broken it off. This was their first meeting since then.

More and more facts are revealed and added to the mix in the situation in the Shields household. Weapons become a part of the situation, as do betrayals by others besides Laurel with her infidelity.

The true cause of Warren Shields’ behavior is eventually revealed. It was only an accident that he discovered Laurel’s affair.

The Shields family appeared to have it all: community status, a comfortable lifestyle, a beautiful home, a charming family. What destroyed that idyllic life is slowly revealed, layer after layer, and the tension builds to an explosive ending.

Sherwood of Charleston is a retired reading teacher.