Stephen Cannell – On The Grind 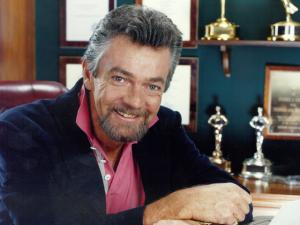 Charged with misconduct in a high-profile solicitation of murder case, Scully is forced to resign from the LAPD of face criminal prosecution. His wife Alexa leaves him, seeking a divorce for his alleged dalliance with the accused in the case, a well-known Hollywood actress. His son, Chooch, horrified by these events, won’t speak to him.

In order to make a living, Scully seeks employment where he can: the Haven Park, California PD. Haven Park is a small, incorporated city near downtown LA, populated largely by illegal immigrants. The department is known for its corruption, in effect the Mayor’s personal goon squad and collection agency. As Shane gets involved, he learns that things are rarely what they seem. Relentlessly harassed by an over-zealous FBI agent, the beautiful Ophelia Love, and under the constant, sometimes violent, extremely paranoid scrutiny of his new comrades-at-arms, Shane finds that Alex may be the only one who can get him out of this new mess alive.

But is she willing to?

“Stephen J. Cannell is one of my favorite authors. Read Steve – you’ll be hooked!” – Janet Evanovich