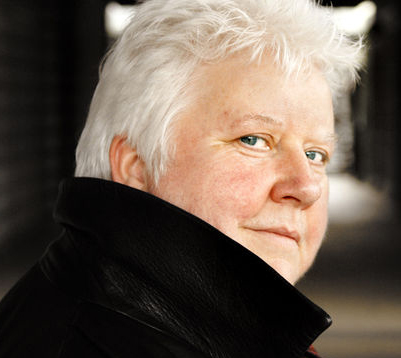 Multi-award winning author Val McDermid grew up in a Scottish mining community and now lives in Manchester. She read English at St Hilda’s College, Oxford, and was a journalist for sixteen years, but is now a full-time writer.

Val won the 1995 Golden Dagger Award given by the British Crime Writers’ Association for Best Crime Novel of the year for her book The Mermaids Singing and her complex and disturbing stand-alone thriller A Place of Execution won the 2001 LA Times Mystery Thriller Book Award. She has also written 6 crime novels featuring Kate Brannigan, and 5 more featuring Lindsay Gordon.

One of the UK’s most talented writers, she has written three series. Her latest book The Last Temptation is set in Europe and reunites psychological profiler Dr Tony Hill and DCI Carol Jordan. A major ITV series based on the Tony Hill and Carol Jordan series will be broadcast in 2002 with Robson Green playing the lead role.