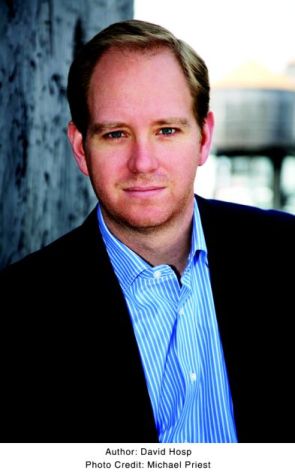 In 1990, $300 million worth of paintings were stolen from Boston‘s Isabella Stewart Gardner Museum in what remains one of the greatest unsolved art thefts of the twentieth century. Now, nearly twenty years later, the case threatens to break wide open. Members of Boston‘s criminal underground are turning up dead and these are no ordinary murders. The method of the attacks suggests the involvement of someone trained by the IRA. When Scott Finn learns that one of his clients, Devon Malley, was part of the heist, he is quickly drawn into the crossfire, and into the renewed hunt for the missing artwork-a hunt that may cost Finn and his colleagues their lives.

“David Hosp is one of those authors people should know about,” said VJ Books co-founder, John Hutchinson, “his previous novels have been outstanding and we are doing our part to spread the word.” Autographed copies of Among Thieves will ship in late January/early February. VJ Books has an established relationship with Mr. Hosp. As such, they have an inventory of signed copies of his previous titles, all of which are available at www.vjbooks.com.

DAVID HOSP is a Boston attorney. He received his B.A. from Dartmouth College and his J.D. from George Washington University. He lives with his wife, son, and daughter south of the city.

Order your signed copy of Among Thieves from VJ Books