“People think of the First Family as being in a bubble, but the President and First Lady have family outside the bubble.  I’ve never written about this extended family until now.  I also go way outside the power corridors of Washington.  All the way to an antebellum plantation inthe Deep South.  It’s David versus Goliath only not in the way you think.”

Order your signed copy of First Family by David Baldacci at www.vjbooks.com

Tags: David Baldacci, First Family
Posted in We're Talking Books! on May 29, 2009 by vjbooks| There are currently No Comments

First Family by David Baldacci is a thinking man’s thriller

Plenty of intense action drives bestseller Baldacci‘s stellar fourth novel to feature former Secret Service agents Michelle Maxwell and Sean King (after Simple Genius). Maxwell and King, D.C. PIs, step on the toes of everyone, including the FBI and the Secret Service. They even manage to bruise the ego of First Lady Jane Cox, who hires them after her 12-year-old niece is kidnapped following a birthday party at Camp David. Baldacci excels at making the improbable believable as one obsessed man, 62-year-old Sam Quarry, takes on the best security the U.S. can muster from his Alabama redoubt. Even more impressive than Quarry’s determined campaign is the ingeniousness with which Baldacci manages to disguise both Quarry’s precise motivation and aims. Meanwhile, Maxwell has to deal with her mother’s death and a host of other personal issues. Baldacci’s careful plotting and confidant depictions of national security procedures make this a thinking man’s thriller. (Apr. 21)

Order your signed copy of First Family by David Baldacci from www.vjbooks.com 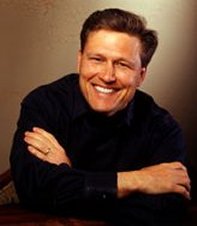 The Whole Truth (copies in print:  1,066,000) leads off a roster of 12 new mass market arrivals – the highest number since March 12, 2007, when a lucky 13 newbies landed. There are 65 million copies of Baldacci’s books in print in 40+ languages an din mor ethan 85 countires.  A stickler for realism, Baldacci is one of only a handful of authors contacted by top government agencies to help them theorize potential terrorist scenarios.  Coming on April21 is his next hardcover, First Family.