Posts Tagged Run for your Life 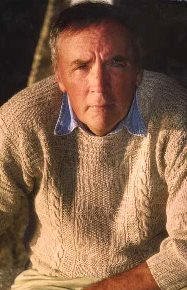 James Patterson is set to add another name to his list of collaborators: Liza Marklund. Marklund is Scandinavia’s bestselling female crime writer. The announcement came Friday afternoon via a blog post by “Lindsay Boxerette” on Patterson’s social-networking site. The international thriller is due in 2010. All that is known of the story at this point is that it is set in Stockholm, Sweden.

Marklund was quoted as saying, “Writing this book is so much fun. The story is violent, emotional, and fast paced. It’s very exciting to work with such an intelligent and creative writer. James Patterson is not only exceptionally smart and funny, he is also incredibly humble.” A goodwill ambassador for UNICEF, Marklund is credited with revolutionizing the Swedish police procedural in the late 90’s with The Bomber, her first novel in a series that is now heralded as the most successful ever by a female Scandinavian writer.

The series centers on character Annika Bengzton, a crime reporter for a tabloid who must balance her career with the responsibilities of motherhood. The books have been so successful internationally that the author has become a #1 bestseller in all five Nordic countries. Collectively, the books have sold 9 million copies in 30 languages worldwide.

www.vjbooks.com has signed copies of all James Patterson novels. 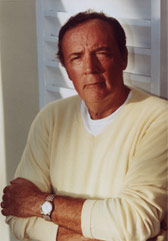 Opening paragraph from Patterson’s Sundays at Tiffany’s:  “Michael was running as fast as he could, racing down, thickly congested streets toward New York Hospital – Jane was dying there – when suddenly a scene from the past came back to him, a dizzying rush of overpowering memories that nearly knocked him out of his sneakers.  He remembered sitting with Jane in the Astor Court at the St.  Regis Hotel, the two of them there under circumstances too improbable to image.”

Tags: James Patterson, Run for your Life, Sundays at Tiffany's
Posted in We're Talking Books! on January 27, 2009 by vjbooks| There are currently No Comments