Signed 1st editions of Jake Ransom and the Howling Sphinx by James Rollins are ready to ship to you now! 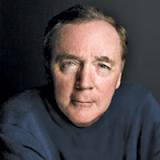 The latest installment in James Patterson’s series (Maximum Ride 5) for our younger audiences is now available to order.  Check it out!

Comfortable in their new safe house, Max and the rest of the Flock finally begin to feel optimistic about their newly-gained freedom. Then the Machine Geeks appear–part machine, part human, totally destructive. They are in the service of an ominous Mr. Chu, who has his eyes on the Flock and their unique abilities. And if he can’t have them, he’ll make sure nobody else can either!

Did you know that some of the bestselling authors of adult fiction also write for younger readers?  Yes, it is so!  Ridley Pearson, Dave Barry, Rick Riordan, Clive Barker, Robert B. Parker, Christopher Paolini, Clive Cussler, and Carl Hiaasen are just a few of those turning their remarkable abilities to tell a story to a younger audience. And we are striving to bring them to you! All of them are also remarkably collectable. They make great gifts for you and the young readers in your life.

Please check them out here.