Author Mayor lets fans in on his process at Lithgow appearance 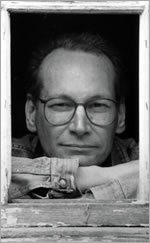 Vermont author Archer Mayor is in the final stages of his 20th mystery novel, and as seriously as he takes his craft, his best work often comes from what his books leave out, allowing readers to light the bulb on the movie projectors in their minds.
“Your intelligence and imagination fills in the holes I purposely leave behind,” the charismatic Archer told a group of nearly 20 fans who gathered to hear him speak Thursday night at the Lithgow Public Library. “The best authors are the ones that disappear.”

Mayor’s series, all based around his detective, Joe Gunther, has been described by the Chicago Tribune and New York Times as among the best in police-procedure writing.

Mayor, who appeared at the Lithgow Library to promote his 19th book, “The Catch,” much of which takes place in Maine, integrates actual police methodology with intricately detailed plot lines into novels that Booklist has said are “among the best cop stories being written today.”

Mayor offered the Lithgow audience insights into the writing methodology that helps make his writing so compelling, which typically begins with an idea and a list of people to interview. Mayor interviews as many as 50 people for each of his novels.

“The Catch,” which grew out of Mayor’s interest in Maine’s problem with illegal-prescription-drug use, involved dozens of interviews with drug-enforcement agents, police and Maine Marine Patrol officers Down East and considerable time spent learning about the places about which he would write.

Mayor is a death investigator and deputy sheriff in Vermont, which lends particular insight into his writing, but his novels always reach far beyond his experience.

“I write because of my profound ignorance,” he said. “I write about stuff I don’t know.”

“What I focus on, finally, is the first chapter,” he said. “If I can figure out how to begin the story, then I’m good to go. It’s much more fun to let the characters take their lead.”

Those characters are neither all good nor all bad, Mayor said.

“The people I write about, good, bad and indifferent, are us,” he said.

Mayor feels responsibility, both to his ego and to readers, to produce the best work he can. He has chosen his own editorial team to improve his books before the novels are ever sent to the publisher.

The publishing industry is driven to produce books quickly, Mayor said, which does not lend itself to quality editing. Mayor gains confidence by allowing his personal team of editors to scrutinize the book before it is shipped off to the publisher.

“Give the guys something they can process quickly,” he suggested. “The quality is woven into it.”

Get your signed copy of The Catch at www.vjbooks.com!