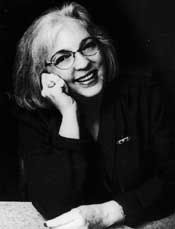 “As a second-grader in Mrs. Spangler’s Greenway School class, I was introduced to Frank Baum’s Wizard of Oz series.  I read the first one and was hooked and knew, from that moment on, that I wanted to be a writer.

One of the wonderful things about being a writer is that everything–even the bad stuff–is usable.  The eighteen years I spent while married to an alcoholic have helped shape the experience and character of Detective J. P. Beaumont.  My experiences as a single parent have gone into the background for Joanna Brady–including her first tentative steps toward a new life after the devastation of losing her husband in Desert Heat.  And then there’s the evil creative writing professor in Hour of the Hunter and Kiss of the Bees, but that’s another story.

Another wonderful part of being a writer is hearing from fans.  I learned on the reservation that the ancient, sacred charge of the storyteller is to beguile the time.  I’m thrilled when I hear that someone has used my books to get through some particularly difficult illness either as a patient or as they sit on the sidelines while someone they love is terribly ill.  It gratifies me to know that by immersing themselves in my stories, people are able to set their own lives aside and live and walk in someone else’s shoes.  It tells me I’m doing a good job at the best job in the world.

J.A. Jance is the top 10 New York Times bestselling author of the Joanna Brady series; the J. P. Beaumont series; three interrelated thrillers featuring the Walker family; and Edge of Evil, the first in a series featuring Ali Reynolds. Born in South Dakota and brought up in Bisbee, Arizona, Jance lives with her husband in Seattle, Washington, and Tucson, Arizona.