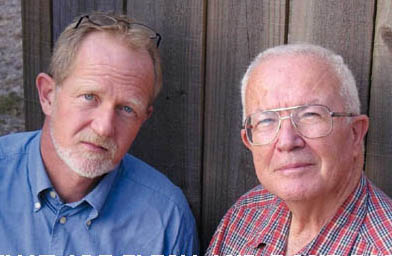 Jefferson Bass is the writing team of Jon Jefferson and Dr. Bill Bass.

Dr. Bass, a world-renowned forensic anthropologist, founded the University of Tennessee’s Anthropology Research Facility – the Body Farm – a quarter-century ago. He is the author or coauthor of more than two hundred scientific publications, as well as a critically acclaimed memoir about his career, Death’s Acre. Dr. Bass is also a dedicated teacher, honored as National Professor of the Year by the Council for Advancement and Support of Education.

Jefferson is a veteran journalist, writer, and documentary filmmaker. His writings have been published in the New York Times, Newsweek, USA Today, and Popular Science and broadcast on National Public Radio. The coauthor of Death’s Acre, he is also the writer and producer of two highly rated National Geographic documentaries about the Body Farm.