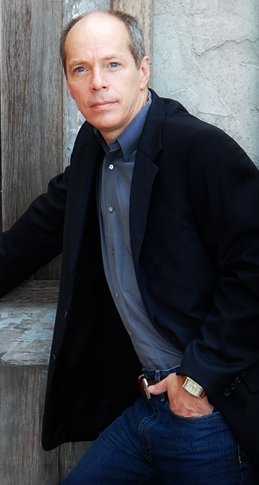 William Bernhardt, best known for his Ben Kincaid series, is the author of many books, including Perfect Justice, Double Jeopardy, Naked Justice, Murder One, Criminal Intent, and Death Row.

Bernhardt’s books have been translated and published in more than two dozen countries. He has twice won the Oklahoma Book Award for Best Fiction, in 1995 and 1999, and in 1998 he received the Southern Writers Guild’s Gold Medal Award. In 2000, he was honored with the H. Louise Cobb Distinguished Author Award, which is given “in recognition of an outstanding body of work that has profoundly influenced the way in which we understand ourselves and American society at large.” That same year, he was presented with a Career Achievement Award at the 2000 Booklovers Convention in Houston. He has also been inducted into the Oklahoma Writers Hall of Fame, the youngest author ever so honored.

In addition to his work as a writer, Bernhardt is also a popular teacher and publisher. In 1999, he founded HAWK Publishing Group. HAWK has published books by acclaimed authors such as Pulitzer Prize-winning novelist N. Scott Momaday, Grammy Award-winning singer-songwriter Janis Ian, and PBS newsman Jim Lehrer. He also sponsors the HAWK Writing Workshop each summer to nurture and mentor aspiring writers. Throughout the year, Bernhardt teaches writing and literature to fortunate students who invariably remark on his passion, knowledge, and expertise.

A former trial attorney, Bernhardt has received several awards for his public service. He lives in Tulsa, Oklahoma with his children, Harry, Alice, and Ralph, as well as his cat named Dinah.