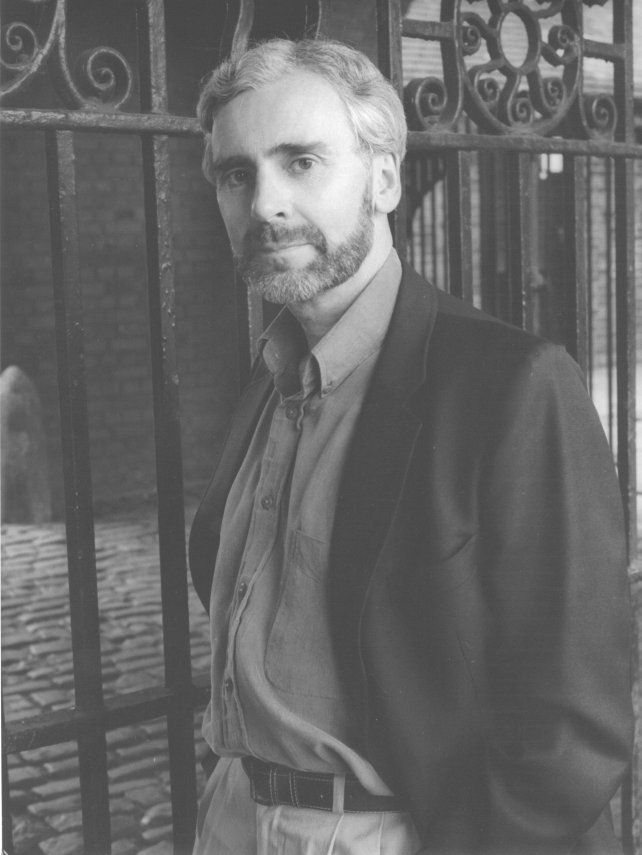 A newspaper and magazine journalist for over 25 years, Stephen Booth was born in the English Pennine mill town of Burnley. He was brought up on the Lancashire coast at Blackpool, where he began his career in journalism by editing his school magazine. He wrote his first novel at the age of 12. After graduating from City of Birmingham Polytechnic (now Birmingham City University), Stephen moved to Manchester to train as a teacher, but escaped from the profession after a terrifying spell as a trainee teacher in a big city comprehensive school.

Starting work on his first newspaper in Cheshire in 1974, Stephen was a specialist rugby union reporter, as well as working night shifts as a sub-editor on the Daily Express and The Guardian. This was followed by periods with local newspapers in Yorkshire, Nottinghamshire and Derbyshire. He was at various times Production Editor of the Farming Guardian magazine, Regional Secretary of the British Guild of Editors, and one of the UK’s first qualified assessors for the NVQ in Production Journalism.
Stephen has also had articles and photographs published in a wide range of specialist magazines, from Scottish Memories to Countrylovers Magazine, from Cat World to Canal and Riverboat, and one short story broadcast on BBC radio. In 1999, his writing career changed direction when, in rapid succession, he was shortlisted for the Crime Writers’ Association Debut Dagger comeptition for new writers, then won the £5,000 Lichfield Prize for his unpublished novel, The Only Dead Thing, and signed a two-book contract with HarperCollins for a series of crime novels.
In 2000, Stephen’s first published novel, Black Dog, marked the arrival in print of his best known creations – two young Derbyshire police detectives, DC Ben Cooper and DS Diane Fry. Black Dog was the named by the London Evening Standard as one of the six best crime novels of the year – the only book on their list written by a British author. In the USA, it won the Barry Award for Best British Crime Novel and was nominated for an Anthony Award for Best First Mystery. The second Cooper & Fry novel, Dancing with the Virgins, was shortlisted for the UK’s top crime writing award, the Gold Dagger, and went on to win Stephen a Barry Award for the second year running.
In 2003, Detective Constable Ben Cooper was a finalist for the Sherlock Award for the Best Detective created by a British author, thanks to his exploits in the third book of the series, Blood on the Tongue. The publication of Blind to the Bones that year resulted in Stephen winning the Crime Writers’ Association’s ‘Dagger in the Library’ Award, presented to the author whose books have given readers most pleasure. The same book was nominated for the Theakston’s UK Crime Novel of the Year award in 2005. Subsequent titles have been One Last Breath and The Dead Place – both finalists for the Theakston’s UK Crime Novel of the Year in 2006 and 2007 – and Scared to Live. The eighth Cooper & Fry novel, Dying to Sin, was published in the UK in September 2007. A special Ben Cooper story, Claws, was also released in October 2007 to launch the new ‘Crime Express’ imprint.
All the books are set in England’s beautiful and atmospheric Peak District. At the end of 2006, the Peak District National Park Authority featured locations from the Cooper & Fry series in their new Peak Experience visitors’ guides, recognizing the interest in the area inspired by the books.
In addition to publication in the USA, Canada, Australia and New Zealand, translation rights in the series have so far been sold in fifteen languages – French, German, Dutch, Italian, Swedish, Danish, Finnish, Norwegian, Spanish, Portuguese, Russian, Czech, Romanian, Bulgarian and Japanese.
While living on a smallholding in Yorkshire, Stephen began breeding pedigree dairy goats as a hobby (and as an extreme contrast to working in busy news rooms!). He later served on the British Goat Society’s governing body and judged at shows all over Britain. He has been chairman of several clubs, including the charity fund-raising Just Kidding Goat Society, and probably his most unusual role was as a director of an artificial insemination company. Specialist publications he’s been responsible for include a book on one of the country’s oldest goat breeds, The Toggenburg. He is the current President of the Toggenburg Breeders Society.
Stephen left journalism in 2001 to write novels full time. He and his wife Lesley live in a former Georgian dower house in the county of Nottinghamshire, England (home of Robin Hood and the Pilgrim Fathers). They have two goats and two cats. In recent years, Stephen Booth has become a Library Champion in support of the UK’s ‘Love Libraries’ campaign. He has also represented British literature at the Helsinki Book Fair in Finland, filmed a documentary for 20th Century Fox on the French detective Vidocq, taken part in online chats for World Book Day, and given talks at many conferences, conventions, libraries, bookshops and festivals around the world. But, most of all, he likes to stay at home and write.
See Stephen Booth titles at www.vjbooks.com