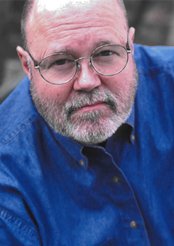 Stephen Hunter was born in Kansas City, Missouri, in 1946, grew up in the Chicago area and currently lives in Baltimore. He graduated from the Medill School of Journalism at Northwestern University in 1968 and then spent two years in the United States Army as a ceremonial soldier in the 3rd Infantry in Washington, D.C.

In 1971 he joined the Baltimore Sun where he worked for 26 years, first as a copy reader, then book review editor and feature writer. In 1981, he became the paper’s first full-time critic – where he stayed until 1997, twice being short listed for a Pulitzer (1995 and 1996).

He joined the Washington Post in 1997 as a film critic, and won the American Society of Newspaper Editors (ASNE) award for distinguished writing in criticism the following year. In 2003 he won the Pulitzer Prize for Criticism.