On writing, and Wright 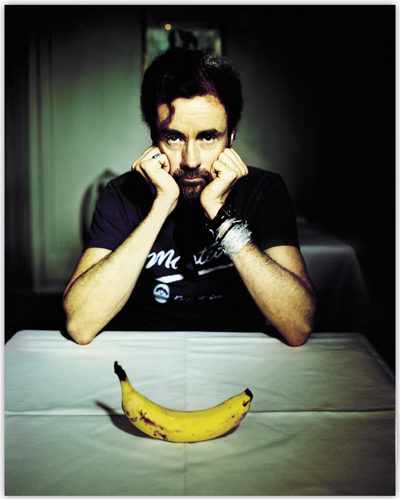 It’s no surprise that T. Coraghessan Boyle admired the late John Updike. Like the “Rabbit” writer, Boyle is productive, with 11 novels and eight short story collections to his credit. His 12th novel, “The Women,” imagines Frank Lloyd Wright through four women in the late architect’s life. Boyle, 60, appears Feb. 11, at 7 p.m., at the Harvard Book Store. He spoke from his home, which just happens to be the George C. Stewart House, the first private residence Wright built in California.

A. Well, I am a ham. Absolutely. I love to perform before the audience. When we hear the word “reading,” we think of school and think about being bored. The reason I do it, and do it so much, is because I love to turn the audience on to a show – to remind them that literature is alive and fun and entertaining despite the fact you have to read it in your school class.

Q. Is it at all strange to write about Frank Lloyd Wright when you’ve lived in his house for 16 years?

A. That is one of the reasons I had always thought about writing about him. It took me a while to get around to it. I thought, it’s going to be so special to learn as much as I can about him and to more appreciate the house I’ve been restoring. On the other hand, I realized I’d written 12 books in the interim. It’s obvious that building a book is like building a house.

Q. What’s your process as a writer? Do you sit and write each day?

A. Yep. I just came to it when you called. I was shocked and horrified by the death of Updike, one of my great heroes. In reading about him, I came to remember a point where he said he puts it off every day until he can’t put it off any longer and climbs those stairs to work. It takes tremendous discipline to do what we do. The hardest thing is maintaining your energy, enthusiasm, and the tone of what you’re doing.

Q. How do you get up the stairs?

A. I drink a cup of tea. I go up there and look at what I’ve done and think about it and go over it and think about it again. On a good day, when I wake up, I’ve advanced and it’s 2 or 4 in the afternoon and I go out and do something in the yard or take a walk.

Q. You know people have stopped reading, right? And newspapers are dying. Publishers have stopped their three-martini lunches.

A. Why are we talking? Let’s just both commit suicide mutually. I don’t know, you have to go on and do what you’re going to do. I only do two things in life. I do my writing and I’ve been teaching since I was 21. It’s a way of keeping what you and I love alive