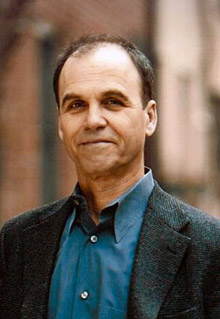 Two decades after Scott Turow wrote the blockbuster courtroom thriller “Presumed Innocent” he is writing a sequel and switching hardcover publishers for the new book.

In May 2010 Grand Central Publishing, which has released seven of Mr. Turow’s novels in paperback, will publish the hardcover edition of the sequel to “Presumed Innocent,” originally published in hardcover by Farrar Straus & Giroux in 1987.

The new book opens with a prologue in which Rusty Sabich, the protagonist of “Presumed Innocent” and now the chief judge of an appellate court, sits on a bed where his dead wife, Barbara, lies. She has died under suspicious circumstances, which triggers a plot that again pits Rusty, now 60, against Tommy Molto, the district attorney who tried to prosecute him for the murder of his lover in the first novel.

Mr. Turow said in an interview that it no longer made sense to have one house publishing his books in hardcover and another releasing them in paperback. Such arrangements were common when he first sold the rights to “Presumed Innocent” in 1986 but are much rarer now, especially for a bestselling author. Terms of the new deal were not disclosed.

Mr. Turow said he was in no way disappointed with his relationships at Farrar, Straus or with his longtime editor, Jonathan Galassi. Mr. Galassi said there were no hard feelings over the departure. “He’s had to make another arrangement,” Mr. Galassi said. “I’m very sorry to lose him.”

Gail Hochman, Mr. Turow’s agent, said splitting editions between two houses made it more difficult for an author to achieve the best possible financial arrangement. “We’re not unhappy with anything we’ve gotten, but it stretches the boundaries of the business,” she said. “Any publisher will acknowledge that if they are going to pay a significant advance for a significant author, they can make their money back and work harder on the book if they have two editions.”

“Presumed Innocent” has been Mr. Turow’s most successful novel by far, selling close to four million copies in hardcover and paperback in the United States alone. It was adapted into a movie starring Harrison Ford. Mr. Turow has consistently hit the best-seller lists with titles like “Reversible Errors” and “Ordinary Heroes,” though they have not sold anywhere close to the numbers of “Presumed Innocent.”

The seed of the sequel had been sitting on Mr. Turow’s desk for months, in the form of a Post-it note on which he had written: “A man is sitting on a bed in which the dead body of a woman lies.” Eventually the image that appeared to him was of Rusty sitting on the bed with Barbara.

Mr. Turow said he had long insisted that he would never write a sequel to “Presumed Innocent,” although Rusty has appeared tangentially in other novels. But, he said, “once your own story seems to beckon to you, then whatever stop signs you hold up for yourself, you tend to blow through them.”

Writing the sequel — for which he has a working title of “Innocent” — “seems to dare the Olympian gods to go back there,” Mr. Turow said. “But I found myself really interested in the fate of this man who is a year or two older than I am.” Mr. Turow turns 60 on Sunday.

Deb Futter, editor in chief for hardcovers at Grand Central, said the company would most likely issue new editions of Mr. Turow’s other novels. She said the publisher also hoped to release a special edition of “Presumed Innocent” to capitalize on the sequel. “ ‘Presumed Innocent’ was the big kahuna,” she said, “which is why the sequel is so exciting.”