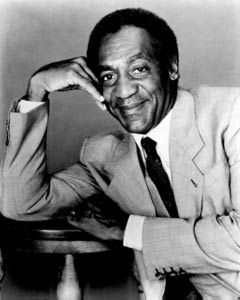 WASHINGTON (AP) — Bill Cosby will receive the nation’s top humor prize from the John F. Kennedy Center for the Performing Arts for a prolific career that often focused on race relations and breaking down stereotypes, the center announced Wednesday.

Some of the biggest names in comedy will salute Cosby on Oct. 26 when the 71-year-old comedian, actor, television producer and author is honored with the 12th annual Mark Twain Prize for American Humor.

“I would like to apologize to Mr. Twain for falling asleep hundreds of times, but he should understand that I was only four,” Cosby said.

Still, he said several of Twain’s stories inspired his work, including “How to Tell a Story” and “The Mysterious Stranger.”

The award honors people who have had an impact on society in ways similar to Twain, a satirist, commentator and storyteller.

“Over the course of his extensive career as a standup comedian, writer, actor, and social activist, Bill Cosby has earned countless accolades for his groundbreaking brand of humor,” said Kennedy Center Chairman Stephen Schwarzman.

Perhaps best known as the star and producer of the popular sitcom “The Cosby Show” during the 1980s, the Philadelphia native started his career as a standup comedian in nightclubs. He caught the eye of TV producers and landed a role in the “I Spy” series in the 1960s, which broke new ground by casting a black man and a white man as equals.

Cosby dropped out of high school to join the U.S. Navy. He earned his diploma while in the service and later enrolled at Temple University with the goal of becoming a physical education teacher. Cosby went on to earn master’s and doctorate degrees in education and has been a leading voice on race.

He’s proven to be one of the nation’s most popular and enduring entertainers. Nine of Cosby’s comedy albums have been certified gold, and six went platinum on recording industry charts. He has authored several books, including “Fatherhood” and “Time Flies,” that became best sellers.

“Of course we really like that he’s a real author of words on paper,” which rounds out his profile in the Twain tradition, said Peter Kaminsky, co-executive producer of the Twain prize.

In 1998, Cosby was awarded the Kennedy Center Honors. He was recognized in 2002 with a Presidential Medal of Freedom, the nation’s highest civilian honor.

Cosby has homes in Massachusetts, New York and Los Angeles. He married his wife, Camille, in 1964, and they raised four daughters and a son, Ennis, who was murdered on a Los Angeles freeway in 1997. The Cosbys have three grandchildren.

The same year his son died, Cosby acknowledged having a brief affair with the mother of Autumn Jackson, a young woman later convicted of extorting him.

The wisecracking TV dad whose face became synonymous with Jell-O snack commercials also has delivered some serious criticism of society over the years. He provoked debate with blunt remarks on personal responsibility in the black community and made headlines in 2004 for castigating some poor black people for their grammar.

“I can’t even talk the way these people talk, ‘Why you ain’t,’ ‘Where you is’ … and I blamed the kid until I heard the mother talk,” Cosby said at the time. “And then I heard the father talk. … Everybody knows it’s important to speak English except these knuckleheads. You can’t be a doctor with that kind of crap coming out of your mouth.”

When Cosby entered the polling booth in his Los Angeles neighborhood last year to vote for the first black president, he carried with him photographs of his late parents and Jimmy, his brother who died in childhood. Some have argued that Cosby helped pave the way for President Barack Obama by breaking down stereotypes — a credit that Cosby rebuffs.

The Kennedy Center board chooses the prize winner with recommendations from a committee that includes former Twain honorees, the show’s producers and others.