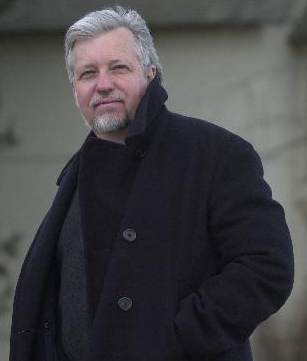 Dan Simmons, the award-winning author of Olympos, Ilium, and The Hyperion Cantos, has received the Hugo Award, the World Fantasy Award, the Bram Stoker Award, and British Science Fiction & Fantasy Awards, among many others.

Signed limited edition copies of The Terror by Dan Simmons are now available for pre-order through VJ Books (www.vjbooks.com).  This special edition printing is limited to 500 signed numbered copies.

Bestselling author Lincoln Child says, “The Terror is nothing less than a revelation. Dan Simmons is a giant among novelists, and I am in awe of his achievement.”

The story begins in the spring of 1845; Sir John Franklin leads a company of two ships and 130 men on a hazardous voyage to the remote, uncharted Arctic. His goal: to locate and map the legendary Northwest Passage. Two years later, the expedition, which began in a spirit of optimism and high purpose, faces disaster. Franklin is dead. The two ships — the Erebus and the Terror — are hopelessly trapped by gigantic, shifting ice floes. Supplies are dwindling, and the crews struggle daily against lethal, unimaginably frigid conditions. And something — some Thing — is stalking the survivors, spreading death, suffering, and chaos in its remorseless wake.

About Dan Simmons:  Dan’s first published story appeared on Feb. 15, 1982, the day his daughter, Jane Kathryn, was born.  He’s always attributed that coincidence to “helping in keeping things in perspective when it comes to the relative importance of writing and life.”

Simmons has been a full-time writer since 1987 and lives along the Front Range of Colorado — in the same town where he taught for 14 years — with his wife, Karen, his daughter, Jane, (when she’s home from Hamilton College) and their Pembroke Welsh Corgi, Fergie. He does much of his writing at Windwalker — their mountain property and cabin at 8,400 feet of altitude at the base of the Continental Divide, just south of Rocky Mountain National Park. An 8-ft.-tall sculpture of the Shrike — a thorned and frightening character from the four Hyperion/Endymion novels — was sculpted by an ex-student and friend, Clee Richeson, and the sculpture

About VJ Books:  VJ Books started in 1998 and soon learned that their customer was foremost a collector.  Their customers sought collector grade first edition books, preferably autographed by the author.  In an effort to respond to this demand, VJ Books has developed relationships with publishers, authors and agents to provide a continuous supply of new titles for their customers.

Each month VJ Books’ customers are able to choose from dozens of author signed books from some of the most exciting, highly acclaimed authors in the areas of mystery, suspense, sci-fi and modern literature. Sign up for VJ Books weekly newsletter at:  http://visitor.constantcontact.com/manage/optin?v=001IQ4Q15knkjNta2lbpVcky1fBzD50BxcT