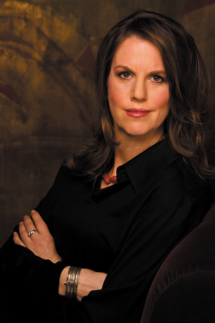 Elizabeth Kostova’s masterful new novel, The Swan Thieves, travels from American cities to the coast of Normandy, from the late 19th century to the late 20th, from young love to last love. It is a story of obsession, history’s losses, and the power of art to preserve human hope.

The Swan Thieves tells the story of psychiatrist Andrew Marlowe, who is devoted to his profession and the painting hobby he loves. Marlowe has a solitary but ordered life. When renowned painter Robert Oliver attacks a canvas in the National Gallery of Art and becomes his patient, Marlow finds that order destroyed. Desperate to understand the secret that torments the genius, he embarks on a journey that leads him into the lives of the women closest to Oliver and a tragedy at the heart of French Impressionism.

ELIZABETH KOSTOVA was born in New London, Connecticut and raised in Knoxville, Tennessee. She received her undergraduate degree from Yale University and an Master of Fine Arts from the University of Michigan, where she won the 2003 Hopwood Award for her Novel-in-Progress. In May 2007, the Elizabeth Kostova Foundation was created. The Foundation helps support Bulgarian creative writing, the translation of contemporary Bulgarian literature into English, and friendship between Bulgarian authors and American and British authors.

About VJ Books: VJ Books started in 1998 and soon learned that their customer was foremost a collector. Their customers sought collector grade first edition books, preferably autographed by the author. In an effort to respond to this demand, VJ Books has developed relationships with publishers, authors and agents to provide a continuous supply of new titles for their customers. Each month VJ Books’ customers are able to choose from dozens of author signed books from some of the most exciting, highly acclaimed authors in the areas of mystery, suspense, sci-fi and modern literature. Additionally, they continue to offer an impressive selection of backlist, rare, out-of-print, and special edition titles for your consideration.