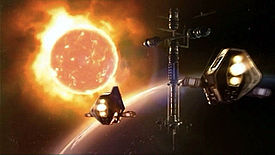 Maybe its Ebola on American soil, a nuclear Iran, illegals flooding our borders, or Isis expanding throughout the Arab world, but my reading has of late has been focused on apocalyptic or post-apocalyptic stories.

This theme is not new or original. Mary Shelley’s 1826 novel, THE LAST MAN, considered the first work of modern apocalyptic fiction moves through Europe as a plague kills most of the world’s population. In 1895, H.G. Wells’ novel, THE TIME MACHINE, his protagonist travels to the year 802,701 A.D. after civilization has collapsed and humanity has been split into two species. Wells’ 1898 novel, The THE WAR OF THE WORLDS, depicts an invasion of Earth by inhabitants of the planet Mars.

Several of Ray Bradbury’s THE MARTIAN CHRONICLES take place after a nuclear war force people to flee Earth and settle on Mars. In 1984 Whitley Strieber published WAR DAY, chronicling America five years after a nuclear attack, followed in 1987 by NATURE’S END with planet Earth rapidly approaching environmental destruction. David Brin’s 1985 novel, THE POSTMAN, takes place in an America where some are trying to rebuild civilization after the “Doomwar.” In THE FORGE OF GOD by Greg Bear (1987), Earth is destroyed in an alien attack.

That brings us to WORLD WAR Z: An Oral History of the Zombie War (2006), an apocalyptic horror novel by Max Brooks bringing the “undead” to life. In his 2009 thriller, ONE SECOND AFTER, William Forstchen chronicles the aftermath of a high-altitude nuclear bomb of exploding, unleashing a deadly electromagnetic pulse that instantly disables almost every electrical device in the world. The causes of man’s destruction are as numerous as the books that tell the stories. There is no better time to dive into Blake Crouch’s PINES trilogy (PINES, WAYWARD, THE LAST TOWN) now that it is about to air as a FOX miniseries starring Matt Dillon, and brought to life by suspenseful storyteller M. Night Shyamalan, or Hugh Howey’s WOOL trilogy (WOOL, SHIFT and DUST), about how, in a ruined and toxic future, a community exists in a giant silo underground, hundreds of stories deep. Howey follows with SAND, a barren, dune-covered landscape where there is only one way to earn respect, sand-diving: plunging deep below the desert floor in search of relics and scraps of the old world.

This brings me to Jeremy Robinson whose collected work takes on just about every possible calamity mankind could face. His most recent, XOM-B, finds us in the 28th century, a ruthless master race has killed billions of people it had enslaved, only to see the genocide victims arise as zombies and turn on their tormentors. SECOND WORLD has it all, frozen Nazis, UFO crashes, Antarctica, and some really cool science manipulated to bring a suffocating end to mankind. In ISLAND 731, Robinson puts his distinctive mark on Michael Crichton territory with this terrifying present-day take on The Island of Dr. Moreau. Action and scientific explanation are appropriately proportioned, making this one of the best Jurassic Park successors.

Finally, I must include the two latest by Brian Herbert (co-author of the DUNE sequels). In OCEAN we find ourselves in the year 2024, and Earth is consumed by a great War of Ocean Liberation. A military force of sea creatures attacks naval installations, shuts down shipping lanes and fishing operations, destroys offshore oil-drilling rigs – an ecological thriller where man may not be on the top of the food chain. THE LITTLE GREEN BOOK OF CHAIRMAN RAHMA follows the 2040s war that pitted corporate America against an alliance of environmental activists, anarchists and scientists; the New World has become the Green States of America, ruled by the relatively benevolent dictatorship of Chairman Rahma Popal.

If you find the headlines a little too frightening – turn off your TV and pick-up one of these sci-fi classics. It will make the world just a little less scary.