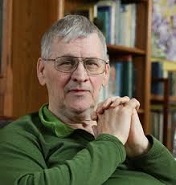 Joseph Heywood arrived on the literary scene in 1985 with the largely overlooked Viet Nam thriller, TAXI DANCER, a mass market release with collectible copies bringing as much as $300! Two years later, he released BERKUT. A riveting story based on the premise that Hitler escapes the Bunker in 1945, and Stalin’s obsession with capturing him using the full resources of the Soviet Union.

Heywood began his The Woods Cop Mysteries in 2001, a series of novels based on the life of the conservation officers of Michigan’s Upper Peninsula. Heywood has spent a month per year for many years on patrol with the officers in any and all kinds of weather researching the topic.

Releasing this week is MOUNTAINS OF THE MISBEGOTTEN, the second historical Lute Bapcat mystery. We first met Lute Bapcat in RED JACKET, an orphan, loner, former cowboy, Rough Rider, beaver trapper, a man who in 1913, with the enthusiastic recommendation by Theodore Roosevelt, himself, became one of Michigan’s first civil service game wardens.

Fans of CJ Box, Craig Johnson, Ace Atkins, Nevada Barr, Michael McGarrity, Tony Hillerman, and Keith McCafferty will be captivated by Heywood’s knowledge of his geography, history, flora, fauna, and mythology as well as the region’s colorful, sometimes deadly inhabitants, as he guides readers on an exotic and challenging journey.

We have just spoke with Heywood’s publisher and ordered the new title and were fortunate to locate a few copies of his earlier titles. You will definitely want to add Joseph Heywood to your reading list!