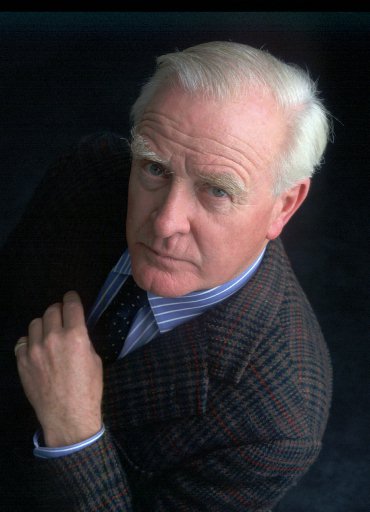 When the cold war ended and the last spy came in from the cold, it was predicted that the espionage novel would fade with the “duck and cover” films. No longer were we under the constant threat of annihilation – we were finally free from the fear of nuclear war, and our way of life seemed secure. So did the spies created by John le Carré, Frederick Forsyth, and the rest of those who so skillfully managed the genre disappear from the literary scene? The answer is a resounding no. The world, as it turns out, isn’t safe after all.

A new kind of threat emerged and the 1972 Olympic Games in Munich was where it was born. A Palestinian group calling themselves Black September took 11 members of the Israeli Olympic Team hostage and eventually killed them. Terrorism was born that dark day in Germany, and we have watched it spread throughout the world, eventually landing on our own shores.

Since that time our enemies have taken many names – PLO, Hezbollah, Al-Qaeda, Taliban, Hamas, and now Isis have grabbed the headlines, all state-sponsored terrorist groups with the expressed objective to destroy the West, its allies and its influence. In recent days Isis, a self-declared Islamic State that has seized over a third of Iraq, has boldly executed US trained Iraqi defense forces, destroyed religious sites including Jonah’s tomb, ordered the genital mutilation of all women between the ages of 11 and 46, and ordered all Christians to convert, leave or die.

In a world turned upside down a new breed of thriller writers emerged, establishing a new genre replete with 21st century characters shaped to meet the challenges of this new threat, a threat with a growing arsenal of weapons and tactics each intended to use violence against civilians. Ken Follett, Robert Littell, Robert Ludlum, and Tom Clancy took the lead in introducing us to this new era of thrillers, soon followed by Vince Flynn, Brad Thor, and of course, Daniel Silva.

Jason Matthews, a 33-year veteran of the C.I.A. who “served in multiple overseas locations and engaged in clandestine collection of national-security intelligence” arrived with RED SPARROW, turning his considerable knowledge of espionage into a startling debut.

I AM PILGRIM is the best spy novel I have read in ten years – written by Terry Hayes. The first novel by Hayes, a filmmaker with a huge resume with Mad Max, the Road Warrior, and Beyond Thunderdome to his credit, is sure to follow with many more installments.

Matthew Palmer is a twenty-year veteran of the U.S. Foreign Service, currently serving as political counselor at the American Embassy in Belgrade. His recent debut, THE AMERICAN MISSION, is a top notch political thrill ride that delves into very complicated world of central African politics.

As a long time fan of the spy novel – Matt Damon was only ten years old when I first read The Bourne Identity – I have followed the genre’s transit to its current form with more than casual observation. The new breed of thriller writer has incredible style, an authentic voice, bringing to life characters that demonstrate reckless courage in the face of overwhelming odds. I can’t wait to see what comes next! 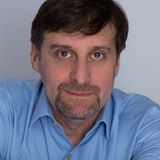 Matthew Palmer is a career diplomat. It is the popular opinion that diplomacy is closely linked to espionage or gathering of intelligence. Embassies are bases for both diplomats and spies, and some diplomats are essentially openly acknowledged spies. For instance, the job of military attachés includes learning as much as possible about the military of the nation to which they are assigned. They do not try to hide this role and, as such, are only invited to events allowed by their hosts, such as military parades or air shows.

There are also deep-cover spies operating in many embassies. These individuals are given fake positions at the embassy, but their main task is to illegally gather intelligence, usually by coordinating spy rings of locals or other spies.

Gabriel Allon returns in the spellbinding new novel from the #1 New York Times-bestselling author Daniel Silva.Two families, one terrible secret, and a painting to die for…
It has been six months since Gabriel’s showdown with Ivan Kharkov. Now, having severed his ties with the Office, Gabriel has retreated to the Cornish coast with only one thing in mind: healing his wife, Chiara, after her encounter with evil. But an unspeakable act of violence once again draws Gabriel into a world of danger when an art restorer is brutally murdered and the newly discovered Rembrandt on which he is working taken. Gabriel is persuaded to use his unique skills to trace the painting and those responsible for the crimes; but, as he investigates, he discovers there are terrible secrets connected to the painting, and terrible men behind them. Before he is done, he will have undertaken a journey through some of the twentieth century’s darkest history-and come face-to-face with some of the same darkness within himself.
Tags: by daniel silva, Daniel Silva, daniel silva books, daniel silva the rembrandt affair
Posted in Books to Movies, Collecting, We're Talking Books! on June 26, 2010 by vjbooks| There are currently No Comments

Flynn said the main reason he wrote his book to tell the story of the CIA, private contractors, etc. who have fought in the war on terror and who haven’t been recognized for their sacrifice.  He said that the Democratic Congress has repaid this sacrifice by hanging investigations over their heads with millions of dollars in legal fees.  He has written this book as an homage to them and says his book has scared many people in Washington.  He said that he and Daniel Silva have been told that they predicted September 11th and people are always amazed they knew what was coming.

Flynn said that the agencies and military will get big time blow back in an Obama administration.